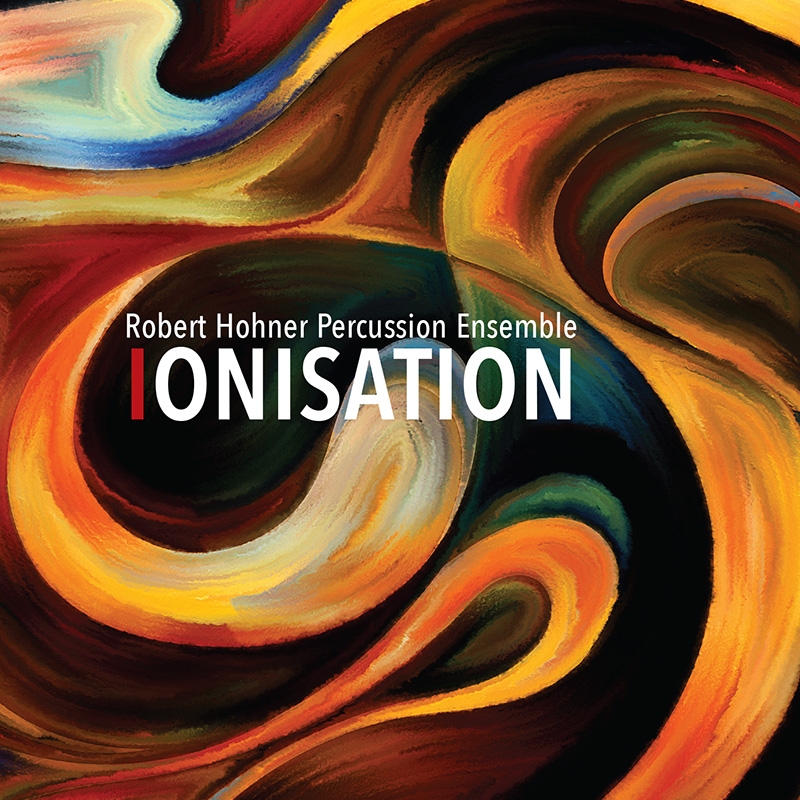 Comes in a beautiful gate-fold Digipack.

Ionisation is a classical percussion ensemble concert as imagined by late virtuoso and master teacher, Robert Hohner. Recorded in 1998, the recording was shelved with the sudden illness and passing of Mr. Hohner.  Years in the making, Music Starts From Silence (MSFS) collaborated with ensemble members and the Hohner family to obtain original recordings, as well as Robert’s notes. This release celebrates the life and legacy of Robert Hohner, through wonderfully captured performances of his internationally renowned ensemble.

Instrumentation includes: a marimba orchestra, Varèse’s percussion orchestra, and a variety of chamber ensembles in between.

This is a not-for-profit project aimed at disseminating the work and honoring the legacy of Robert Hohner. All proceeds go toward recouping investments in this recording, and then toward funding future projects.

Tax-deductible donations can be made to MSFS' Hohner Legacy Project fund through our fiscal sponsor, the Brooklyn Arts Council, at this link:  givalike.org/public/quickgive.aspx?cid=187

Produced by Robert Hohner and Music Starts From Silence.